Cricklade was granted a charter in 1155, which gave it certain privileges but not yet borough status.  The town became a “borough by prescription”, sometimes referred to as TRE (tempore regis edwardi – in other words it was already a borough in the reign of Edward I).  In the middle ages the Manorial Court Leet, a form of local government, came into being.  Although some of its functions have been removed, Cricklade still retains the traditions of its ancient Manorial Court. 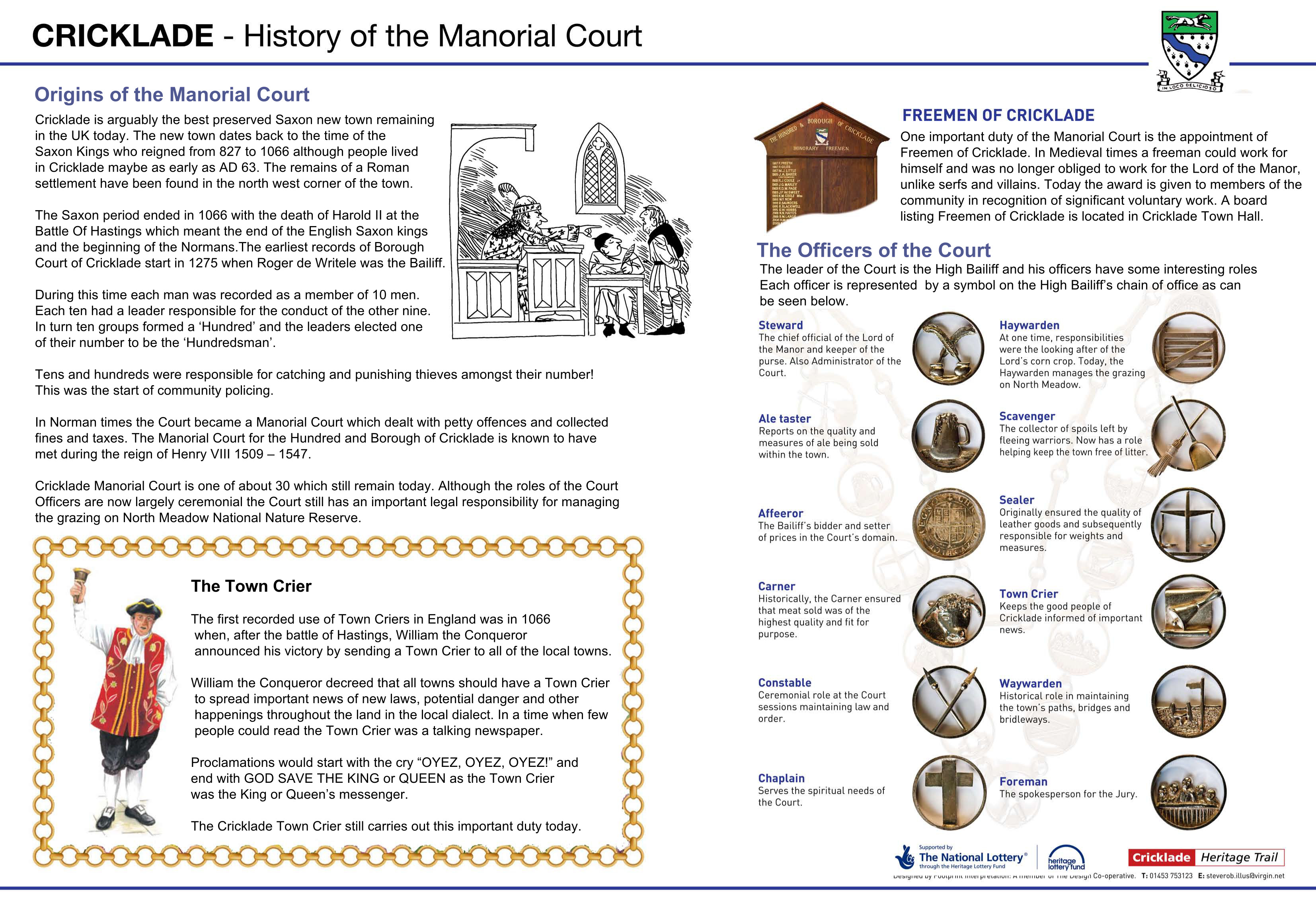 The Court meets regularly, its primary role is to safeguard and manage the rights of the inhabitants of the “Hundred and Borough of Cricklade” to graze cattle and horses from August to February each year in North Meadow.  Guided tours of the meadow are also undertaken during the Fritillary season in late April by the Waywarden and Hayward.  Another duty is, from time to time, to bestow the title of Honorary Freeman upon citizens of the Borough who have over a number of years worked in an exemplary and voluntary capacity for the benefit of the Town and its inhabitants.

The Court Leet, under the Lord of the Manor, consists of the High Bailiff, Steward, Hayward, Chaplin, Constable, Sealer, Scavenger, Waywarden, Town Crier, Deputy Town Crier, Ale Taster, Affeeror, Carner, Foremen of the Jury, and up to twelve Jurymen.

To mark the Millenium, a proclamation of loyalty to the Queen was promulgated by the Court Leet on 1st January 2000 at the Town Clock and forwarded to Buckingham Palace. Another Royal Proclamation was passed on 4th June 2002 to mark the Golden Jubilee and, in 2006, the Queen's birthday. To celebrate the Queen's Diamond Jubilee in 2012, the Court presented to each child within the Town a commemmorative mug and also lit the Court's Jubilee Beacon at Saxons Rest, as part of the national beacon lighting event.

For further information on the Cricklade Court Leet:
crickladecourtleet.com