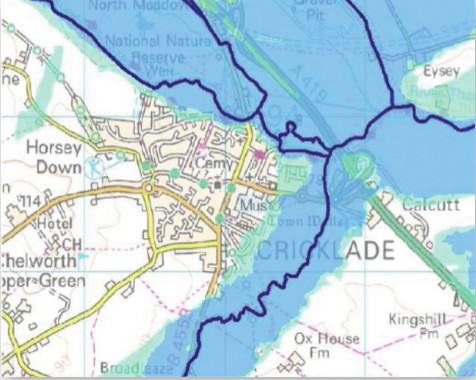 Cricklade, like many other ancient towns, owes its origins to its geographical position. Just here several streams and small rivers merge with the Thames forming a flood plain which, especially in winter, made the area difficult to cross if not impassable.

Although there had been earlier Iron Age trackways it was the Romans who built the metalled road known as Ermin Street to make a permanent crossing.

After the Romans left, the Saxon village became an important site in Alfred the Great’s defence of Wessex. Alfred anticipated attacks by Vikings moving south-eastwards along Ermin Street and built a fortified new town at Cricklade; it was to become the most intact example of a late Saxon town in Britain. The rectangular layout of the ramparts can still be traced. There would have been gates in each side joined by main streets, a central market place and a grid of secondary lanes. 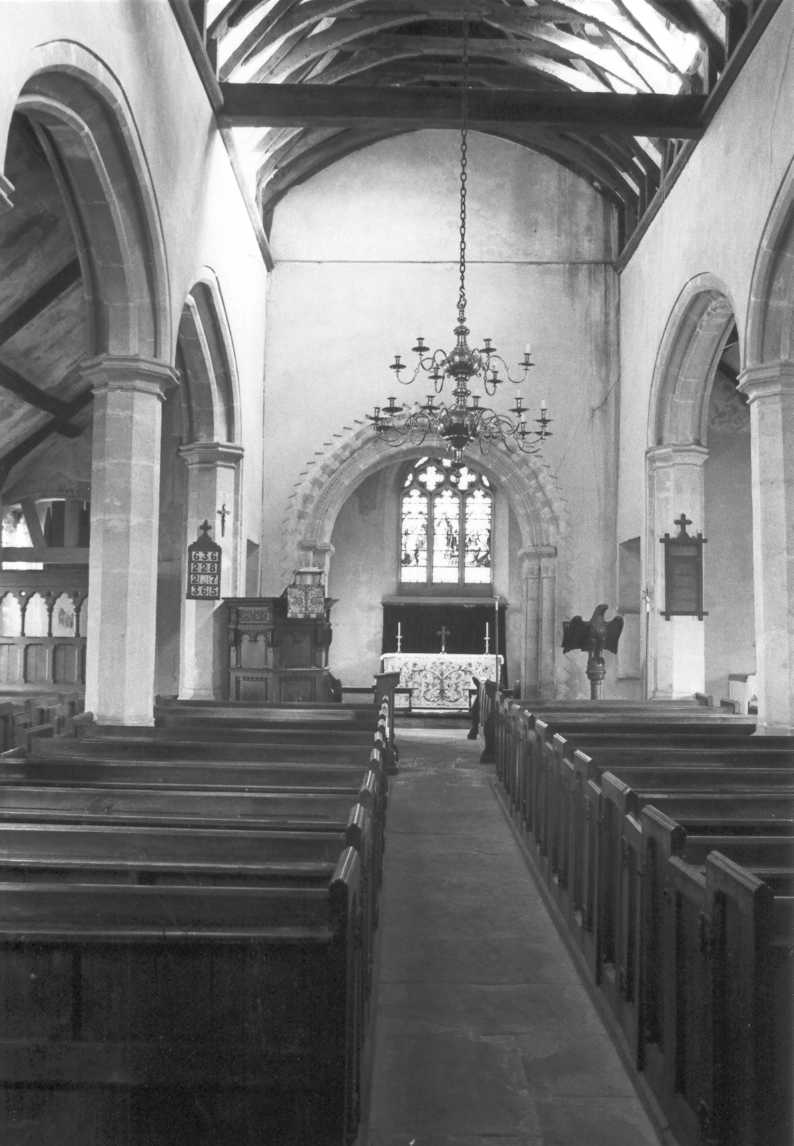 At the time of Domesday, Westminster Abbey held the church at Cricklade. It is not known whether Saint Mary’s or Saint Sampson’s was the site of the earlier of Cricklade’s two churches but it seems that both were enlarged in the Norman period. The fine chancel arch in Saint Mary’s dates from the late 11th or early 12th century.

During the period of the Anarchy (1139-54) William of Dover built a wooden castle or stronghold at Cricklade in a place “surrounded on all sides by water and marshes”. From there he made a nuisance of himself in the surrounding district. Tradition says that the empress Matilda was shown kindness by the people of the town while fleeing from King Stephen’s forces. Later her son Henry II granted a charter to the men of Cricklade, witnessed by his Chancellor, Thomas à Becket exempting them from paying certain taxes.

The town had become the Manor of the Hundred and Borough of Cricklade by 1257 when the rights to hold markets and fairs were granted to one Baldwin de Reviers. The central Saxon market place fell into disuse about the time of the Black Death in the 14th century when markets were suspended for some years. By the time they were reinstated the marketplace had been built over and from then onwards markets were held in the High Street.

From 1425 to 1720 the borough was influenced by the Hungerford family who owned nearby Down Ampney and several adjacent manors. They built the Hungerford or Lady Chapel and the tower of Saint Sampson’s Church. 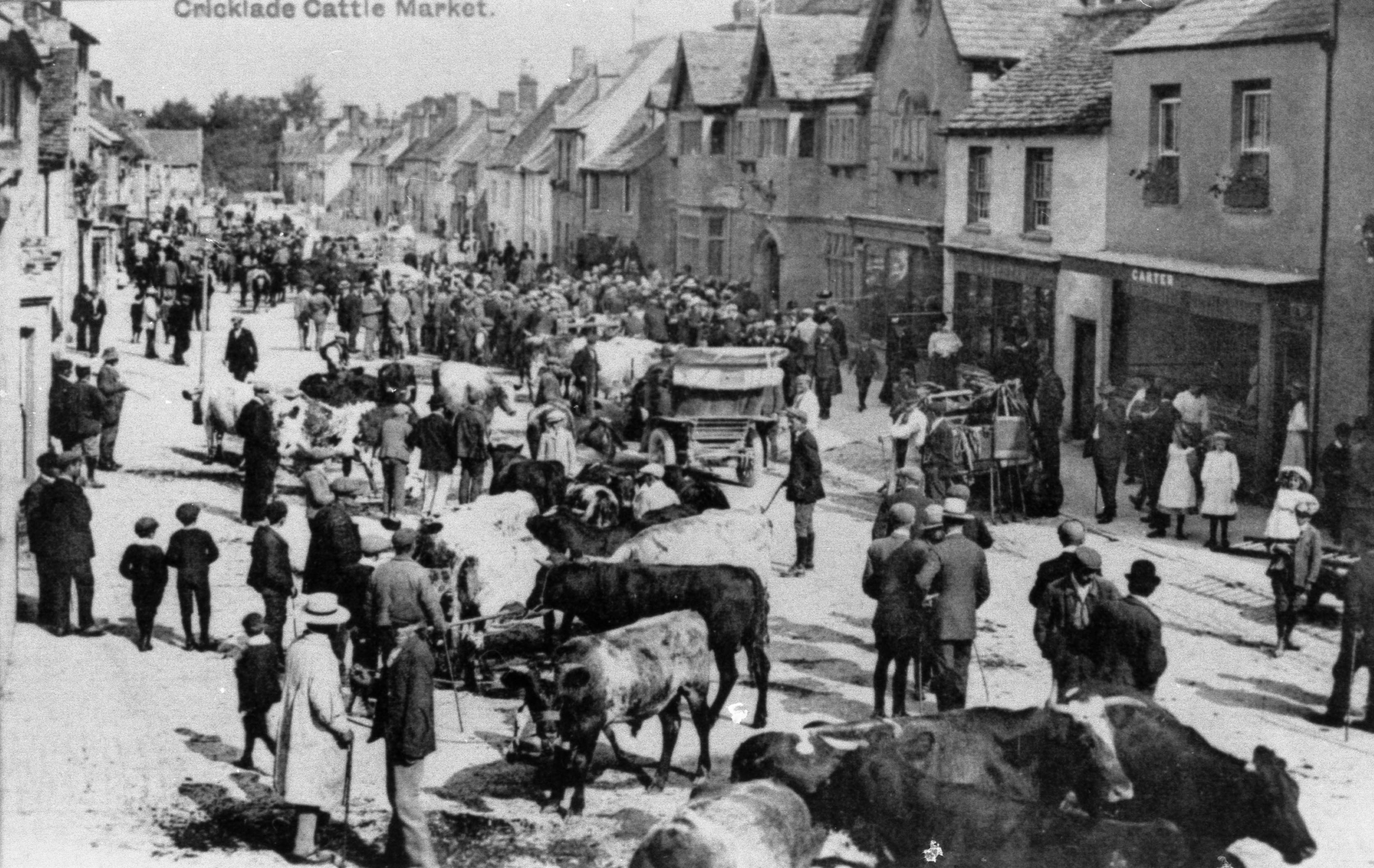 The town had been returning two members of Parliament since 1275 but by the end of the 17th century the small electorate had begun to attract unscrupulous candidates and there were several controverted elections. Bribery and corruption was so rampant that in 1782 the franchise was extended to embrace Swindon, Highworth, Wootton Bassett and Malmesbury.

Before 1770 the main roads around Cricklade were little more than deeply rutted farm tracks even though in Elizabeth I’s time the Waylands Trust had been established to improve the condition of roads and bridges. The Turnpike Acts led to great improvements paid for by tolls levied at pike houses on the four main roads into the town. The most important turnpike ran from Oxford to Bath passing through Faringdon, Cricklade and Malmesbury via Bath Road and Common Hill. Several inns in the town benefitted from the coach traffic, but achieving free passage for the cumbersome vehicles entailed the removal of two of the town’s landmarks. In 1569 Sir John Hungerford had built a Market House standing on ten stone pillars in front of the White Hart, this was demolished around 1812 to give coaches access to the inn yard. Meanwhile, the 14th Century Market Cross, which stood opposite the White Horse Inn (now the Vale Hotel) obstructed the turn into Bath Road and was removed to Saint Sampson’s churchyard in 1817.

The River Thames had long been used for navigation from London to Cricklade where a wharf near Town Bridge extended back along the High Street to the War Memorial. The river was still navigable in 1828 when five-ton barges passed up to West Mill but the wharf was filled in soon afterwards: there was probably little need for it after the opening of the Thames and Severn Canal in 1789. This passed through Latton and Eysey, Cricklade being served by a wharf near the north end of the Causeway where the former agent’s house and warehouse is now a private residence.

In 1821 the radical journalist William Cobbett visited the town and wrote: “I passed through that villainous hole Cricklade about two hours ago, and certainly a more rascally place I never set my eyes on. The labourers looked very poor; dwellings little better than pig beds, and their food nearly equal to that of a pig”. Cobbett said that large amounts of Cricklade farm produce brought little benefit either to the farmers or their workers, but enriched those who sold it in London. At that time the district was renowned for its North Wiltshire cheeses.

A railway station situated near the southern end of the High Street was opened in 1883 amidst great celebrations. The new line, the Midland and South West Junction Railway, linked Cheltenham and Andover and was part of a longer cross country route by which trains could pass directly from Southampton to the Midlands and the North. Always on the brink of insolvency, the company was amalgamated with the Great Western Railway in 1923. After nationalisation of the railways it was finally closed to passengers in 1961, beating the Beeching axe by two years.

Weekly markets in the High Street had ceased functioning in the late 1700’s but in 1837 they were re-started on a monthly basis by an organising committee which also introduced fat stock shows. The markets continued until 1944 when they were moved for a few months to the railway station at the request of the military authorities but were finally abandoned in 1953.

In 1944, airfields were constructed at Blakehill Farm and Down Ampney. From them, Dakota aircraft and Horsa gliders took part in the D-Day landings in Normandy, the Battle of Arnhem and Rhine crossing operations. Over 50,000 wounded service men were flown to hospital via these airfields. The Blakehill Farm airfield was mostly torn up for hardcore in the construction of the M4. In 2000, the area was purchased by Wiltshire Wildlife Trust and is now a nature reserve in a major conservation exercise which on its own will meet 98% of the Government’s target for reintroducing traditional hay meadows nationally.

After the war considerable housing development took place in Cricklade and by 1975 the population had more than doubled. Traffic congestion plagued the town during the 1960s and the B4040 road to Malmesbury was re-routed along the line of the former railway, the narrow part of Bath Road being closed to traffic. The A419 trunk road still ran along the High Street and Calcutt Street until 1975 when relief came with the opening of the Cricklade by-pass.

In 1987 the town celebrated the 1,100th anniversary of the Saxon borough and in 1989 was twinned with the French town of Sucé-sur-Erdre.

In 2011, Cricklade was named the Royal Horticulture Society Britain in Bloom ‘Champion of Champions’. To win this award by being classified as the best among the many hundreds of entries nationwide was a huge achievement and reflects great credit on all those who worked so hard to bring it about.