North Meadow National Nature Reserve is about 15 minutes walk north west of Cricklade town centre; the NNR has a great variety of wildflowers and is of international importance as one of the finest examples of a lowland hay meadow in Europe. It is protected as a Special Area of Conservation (SAC) and a Site of Special Scientific Interest (SSSI). Around 80% of Britain’s snakehead fritillaries grow here.

North Meadow is common land, for hundreds of years the townspeople of Cricklade have had the right to graze livestock from 12 August to 12 February. In the middle ages the Manorial Court Leet, a form of local government, came into being; today Cricklade still retains its ancient Court Leet, and appoints a Hayward who supervises the grazing of the meadow. The hay is cut after 1 July when the wildflowers have set seed. During the winter the Rivers Thames and Churn frequently flood the meadow which is vital to the growth of many plants and helps to maintain the great variety of species at North Meadow. 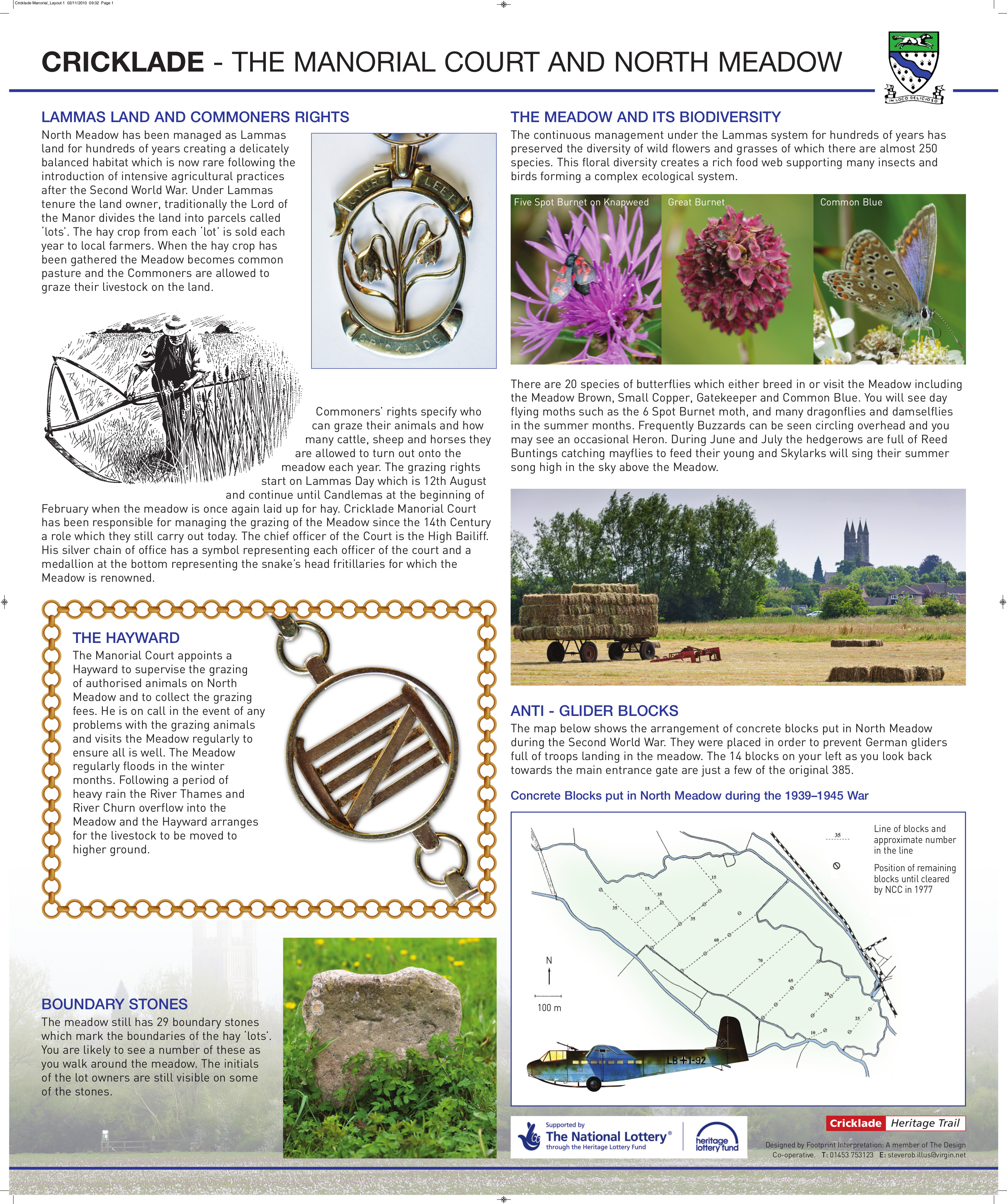 Natural England has owned most of the meadow since the early 1970s and works closely with the Court Leet and residents of Cricklade to ensure traditional management continues. Today the people of Cricklade are involved with the meadow in other ways as well, through local groups and volunteer teams carrying out surveys and practical work. In 2008 North Meadow won the Royal Horticultural Society’s Britain in Bloom Discretionary Award for Conservation and The Environment.

A series of guided walks are run throughout the year particularly during April when the snakes head fritillaries put on their spectacular display.